President Biden spoke of late Harry Reid’s undying loyalty and deemed the late senator ‘one of the greatest Senate majority leaders of all time’ during a Saturday memorial service in Las Vegas, Nevada 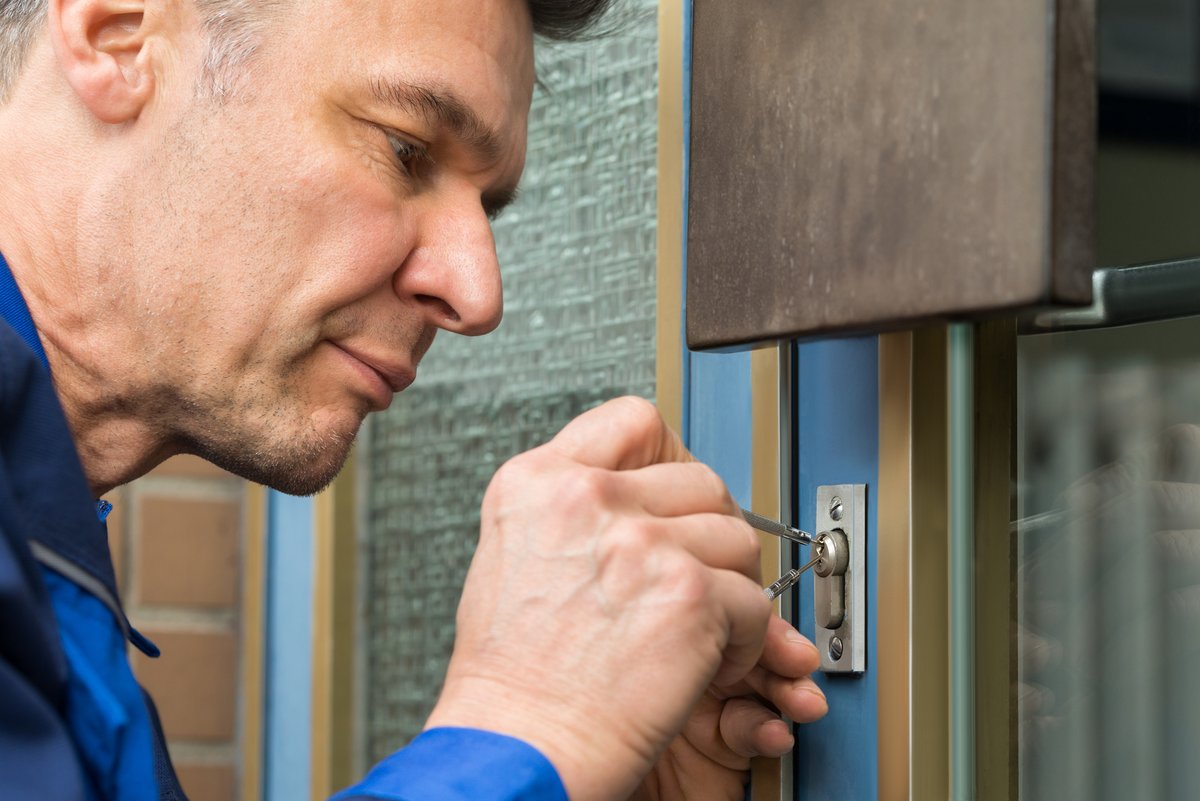 President Biden spoke of late Harry Reid’s undying loyalty and deemed the late senator ‘one of the greatest Senate majority leaders of all time’ during a Saturday memorial service in Las Vegas, Nevada.

‘What a gift Harry Reid was to this state and the nation,’ Biden said in his remarks.

‘He led the Democratic caucus just not by speaking, but by listening or hearing all points of view, finding a common ground.He cared so much about his fellow Americans,’ Biden continued.

‘Harry Reid will be considered one of the greatest Senate majority leaders in all of history.’

‘For Harry, wasn’t about power for the sake of power, it’s about the power to be able to use power to do right by people,’ Biden remarked.

Biden said that Reid was someone you ‘wanted in your corner’ due to his toughness and loyalty.

Biden served for two decades with Reid in the Senate and worked with him for eight years when Biden was vice president.

President Obama delivered a eulogy for Reid, who rose from childhood poverty and deprivation in Nevada to become one of the nation’s most powerful elected officials, where he described the late senator as ‘unfailingly himself’ and a ‘man of old-school virtues.’

‘They’re qualities that are in short supply these days,’ Obama said.

‘It seems to me they are precisely qualities our democracy requires.

Every understood you don’t have to see eye to eye on everything in order to live together. Be decent toward each other. That we can learn to bridge differences – Background and race and region. He knew that our system of government isn’t based on demanding that everybody think exactly the same way, in fact it presumes that …

people rarely will,’ he continued.

‘We can still work together. Harry may have been a proud Democratic partisan, he didn’t shy away from bare knuckle politics, but what is true is that I never heard Harry speak of politics as if it was some unbending battle between good and evil.’

, House Speaker and Senate Majority Leader Chuck Schumer all spoke during an invitation-only memorial for the longtime Senate leader who died Dec.28 at home in Henderson, Nevada, at age 82 of complications from pancreatic cancer. , who credits Reid for his rise to the White House, is delivered the eulogy.

Along with Obama, Elder M.Russell Ballard, a senior apostle in the Church of Jesus Christ of Latter-day Saints, will speak at the 2,000-seat concert hall about Reid’s 60 years in the Mormon faith. Vice President Kamala Harris also will attend.

‘These are not only some of the most consequential leaders of our time — they are also some of Harry’s best friends,’ Reid’s wife of 62 years, Landra Reid, said in a statement announcing plans for the Smith Center for the Performing Arts event.’Harry loved every minute of his decades working with these leaders and the incredible things they accomplished together.’

Reid’s daughter and four sons also spoke. ‘He made us laugh all the time no matter where we were or what we were doing.He made life fun and joyful,’ Reid’s daughter Lana Reid said during her remarks.

‘A friend said to me this week, thank you for sharing your dad with the country. At first I was confused because it was a very sweet sentiment, but it’s not totally true.The truth is, I didn’t feel like I had to share my dad with anyone, He was always there for family, had time for anything that was important to us,’ she continued.

Obama remembered Reid’s ‘lack of pretension’ and ‘abiding loyalty.’ ‘They’re qualities that are in short supply these days,’ Obama said

‘He never made us share his time and attention with anyone and I will be forever grateful for that.’

Reid’s son Leif said that The Killers was the late senator’s last musical request before he died.

Many of the speakers humorously described an idiosyncrasy of Reid abruptly hanging up phone calls without saying goodbye.

‘So many of us here, Schumer, the speaker, presidents, share their stories.All of us have a story about my dad ending a phone call with them abruptly, sometimes even left you talking for a few minutes before you realized he’d hung up,’ Leif said.

The younger Reid said that his father once said: ‘I’ve offended people.I don’t mean to, but when there’s no need to talk anymore, the call is over.’

Obama in his remarks on Reid, recalled their close relationship, despite their different backgrounds, Reid being more conservative than Obama, older and them liking different types of music: ‘I figured he didn’t listen to Jay Z.’

He spoke of  Reid’s climb from an impoverished former gold mining town in the Mojave Desert to becoming a dealmaker in Congress.

‘He was willing to cut deals, even with folks he didn’t agree with.’

‘He made us laugh all the time no matter where we were or what we were doing.He made life fun and joyful,’ Reid’s daughter Lana Reid said during her remarks

Sen. Majority Leader Chuck Schumer, Reid’s successor, told a story of Reid offering him cash and told him to buy some new clothes.

‘Back in 2012 during the Democratic National Convention in Charlotte, Harry called me excitedly in his hotel room late at night and locked the door.

‘I thought we were going to discuss some important issue about the next day’s convention. But before I could gather my thoughts Harry pulled me inside into the small little bathroom.

‘We were virtually on top of each other and he lowered his voice.

‘Chuck, I want you to take care of something important,’ he said, before pulling a wad of cash out of his wallet and peeling off four $100 bills. He said ‘You’ve been working hard and doing a lot of the right things to be Democratic leader, but you’ve got to dress better.

Please buy some better shoes!’ Schumer said to a room full of chuckles.

‘Harry, in short, was one of the most incredible individuals I’ve ever met.The sort of person you come across only a handful of times in your entire life. He was tough as nails, a fighter to his core, but also one of the most compassionate individuals you could ever imagine,’ Schumer said.

The Democratic leader also made reference to the Jan. 6 Capitol riot.

‘That day we saw so many acts of selflessness and heroism by our by our US Capitol Police.Once counted among their esteemed ranks, one Harry Mason Reid, served as an officer while studying at George Washington School of Law.’

Reid worked as a Capitol Police officer at night during law school.

House Speaker Nancy Pelosi also told of how Reid had frequently hung up the phone on her.

‘And again, we’ll go to the phone calls, because I immodestly say that I probably got hung up on the most by Harry Reid.  Two or three times a day for 12 years.That is official working days, sometimes Saturday and Sunday.’

‘But so sometimes I even called back, said ‘Harry, I was singing your praises. I was thanking you for the great job you did in the legislation,’ and the rest. ‘I don’t want to hear it,’ click.’

‘Harry’s modesty made him unique, you might say, in politics, but his humility was rooted in his strong values,’ Pelosi said.

‘I never heard Harry Reid say an unkind word of any of his Senate colleagues, Democrat or Republican,’ she continued.

Reid served for 34 years in Washington and led the Senate through a crippling recession and the Republican takeover of the House after the 2010 elections.

Reid was known for controversially invoking the ‘nuclear option’ for presidential nominations in 2013, other than Supreme Court picks where the Senate bypassed the 60-vote hurdle to end a filibuster.

In 2017, when Republicans took control of the Senate, the nuclear option was invoked again by Sen. Majority Leader Mitch McConnell for Supreme Court nominations to end debate on the nomination of Neil Gorsuch.

In recent days, many Democrats have been calling to eliminate the filibuster altogether as negotiations on the Build Back Better social spending package and voting rights legislation remains at a standstill.

He muscled Obama’s signature health care act through the Senate; blocked plans for a national nuclear waste repository in the Nevada desert; authored a 1986 bill that created Great Basin National Park; and was credited with helping casino company MGM Mirage get financial backing to complete a multibillion-dollar project on the Strip during the Great Recession.

As a young man, Reid was a boxer.High school coach, https://reviewcasino.business.site/ Mike O’Callaghan, went on to become a governor for Nevada from 1971-1979. This photo from Instagram is captioned: ‘In his younger days, Reid was also a middleweight amateur boxer’

Harry Mason Reid hitchhiked 40 miles (64 kilometers) to high school and was an amateur boxer before he was elected to the Nevada state Assembly at age 28.He had graduated from Utah State University and worked nights as a U.S. Capitol police officer while attending George Washington University Law School in Washington.

In 1970, at age 30, he was elected state lieutenant governor with Democratic Gov.Mike O’Callaghan. Reid was elected to the House in 1982 and the Senate in 1986.

He built a political machine in Nevada that for years helped Democrats win key elections. When he retired in 2016 after an exercise accident at home left him blind in one eye, he picked former Nevada Attorney General Catherine Cortez Masto to replace him.

Cortez Masto became the first woman from Nevada and the first Latina ever elected to the U.S.Senate.

Supporters hold signs during the memorial service for Reid

Biden greets Reid before speaking at a Hillary for America event on Oct.29, 2016

Reid is shown in front of the famous Welcome to Fabulous Las Vegas, Nevada sign in this photo from his Instagram

Singer-songwriter and environmentalist Carole King also performed during the memorial, along with Killers’ lead singer Flowers.

‘The thought of having Carole King performing in Harry’s honor is a tribute truly beyond words,’ Landra Reid said in her statement.In addition to his daughter and sons, Reid is survived by numerous grandchildren.

Flowers, a longtime friend, shares the Reids’ Latter-day Saints faith and has been a headliner at events including a Lake Tahoe Summit that Harry Reid founded in 1997 to draw attention to the ecology of the lake, and the National Clean Energy Summit that Reid helped launch in 2008 in Las Vegas.

Among other songs, Flowers was scheduled to sing the Nevada state anthem, ‘Home Means Nevada.’

On Friday night President Biden and First Lady Jill arrived at the newly renamed Harry Reid International Airport for the service after visiting Colorado to survey winter wildfire damage.The airport was previously named for Pat McCarran, a former Democratic U.S. senator from Nevada who once owned the airfield and whose legacy is clouded by racism and anti-Semitism.